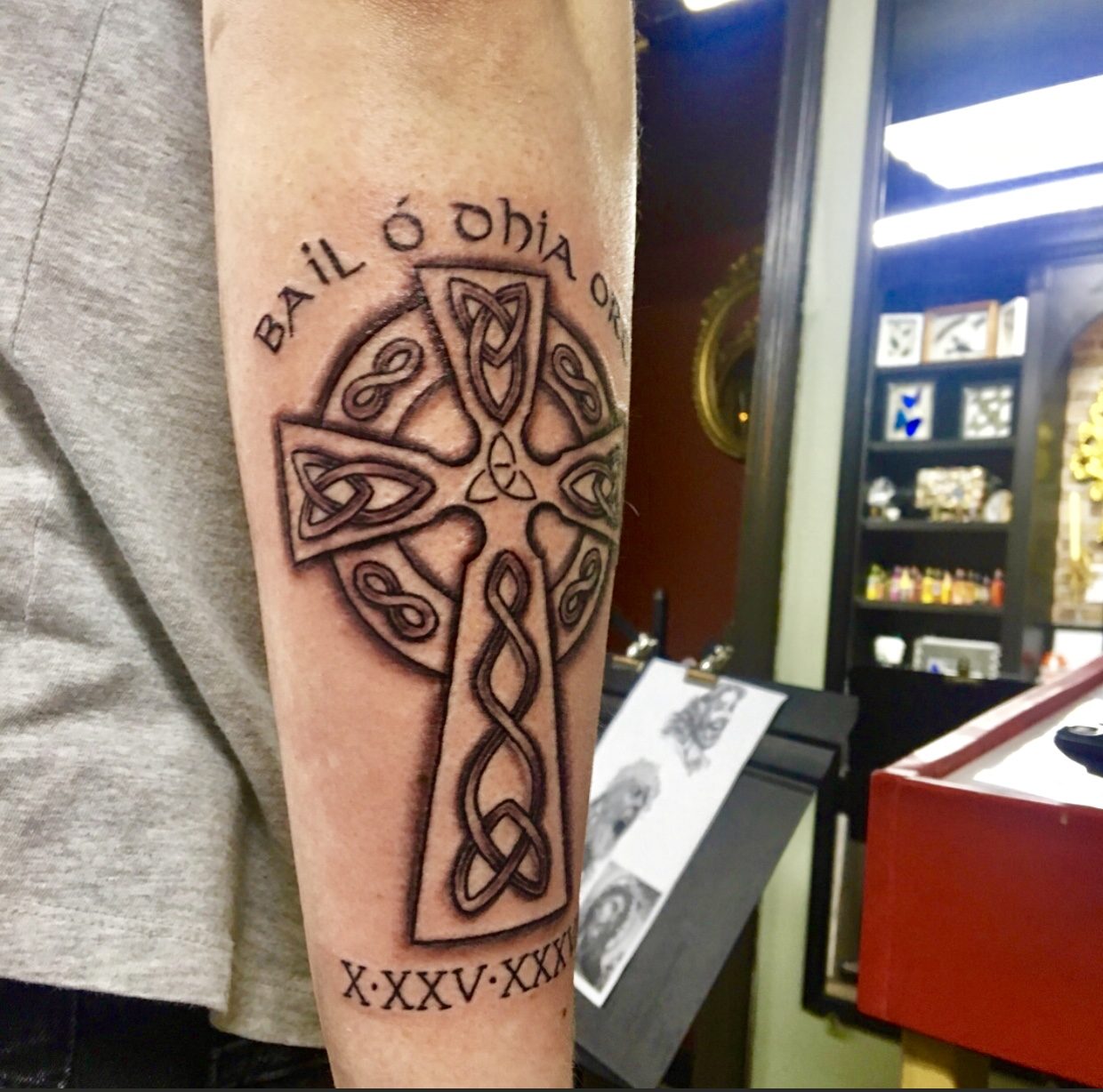 Growing up Rob was always told by his family that he resembled and acted just like his grandfather. However, Rob never met his grandfather because he passed away when Rob was born; his parents decided to name him after his grandfather. The cross and the saying are to represent their Irish heritage; the Krot in the middle means strength. Rob got the krot for strength because everytime he thinks of his grandfather he feels stronger as a person.